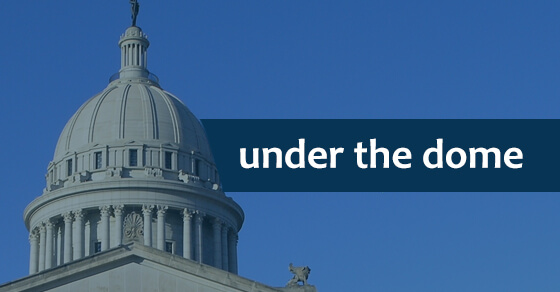 Equality Federation is currently tracking over 200 bills, at least 150 of which are anti-LGBTQ, throughout the country. Oklahoma leads the pack with 27 anti-LGBTQ pieces of legislation up for consideration by lawmakers this session. The bills range from unprecedented attacks on the transgender community to an attempt to put a “license to discriminate” against LGBTQ folks up to a vote of the people.

Last week, at a powerful press conference organized by Freedom Oklahoma – a longtime state partner of Equality Federation – clergy, corporate leadership, small business owners, and concerned voters from across the state called for the end of this agenda once and for all. Speakers noted that a new study showing that similar anti-LGBTQ legislation passed last year in Indiana cost at least $60 million in lost revenue; that there is a $1 billion budget shortfall facing Oklahoma; and that the family and friends of LGBTQ Oklahomans would be harmed by these bills.

Pastor Scott Foster made the case for religious freedom without discrimination, “No person should live in fear that they may be denied equal protection under the law for their families, their jobs, or their marriages. No institution, business, or government should allow exceptions toward basic freedoms and bring harms to others – especially in the name of religion. Religious exemptions trample upon the very foundation of our country and our human truths.”

Troy Stevenson, Executive Director of Freedom Oklahoma, emphasized the need of Oklahoma legislators to focus on the issues at hand, not the politics of distraction when he stated, “For the second year in a row a handful of Oklahoma legislators decided to engage in the politics of distraction rather than addressing the real problems of our state, such as the budget shortfall set to exceed a billion dollars. Our community will not stand by while an agenda of discrimination is unleashed. We will be present, we will force lawmakers to look us in the eye and we will not rest until this agenda is stopped once and for all.”

At Equality Federation, we track bills across the nation through our new Legislative Action Center. We support our members like Freedom Oklahoma with spokespeople trainings and constituent engagement strategies. Unfortunately, Oklahoma is not alone. In many states across the country, legislators are introducing exclusionary and unacceptable bills. As leaders in the state-based movement, our goal is to serve those holding their ground during these attacks. Click here to see the legislation impacting your state.