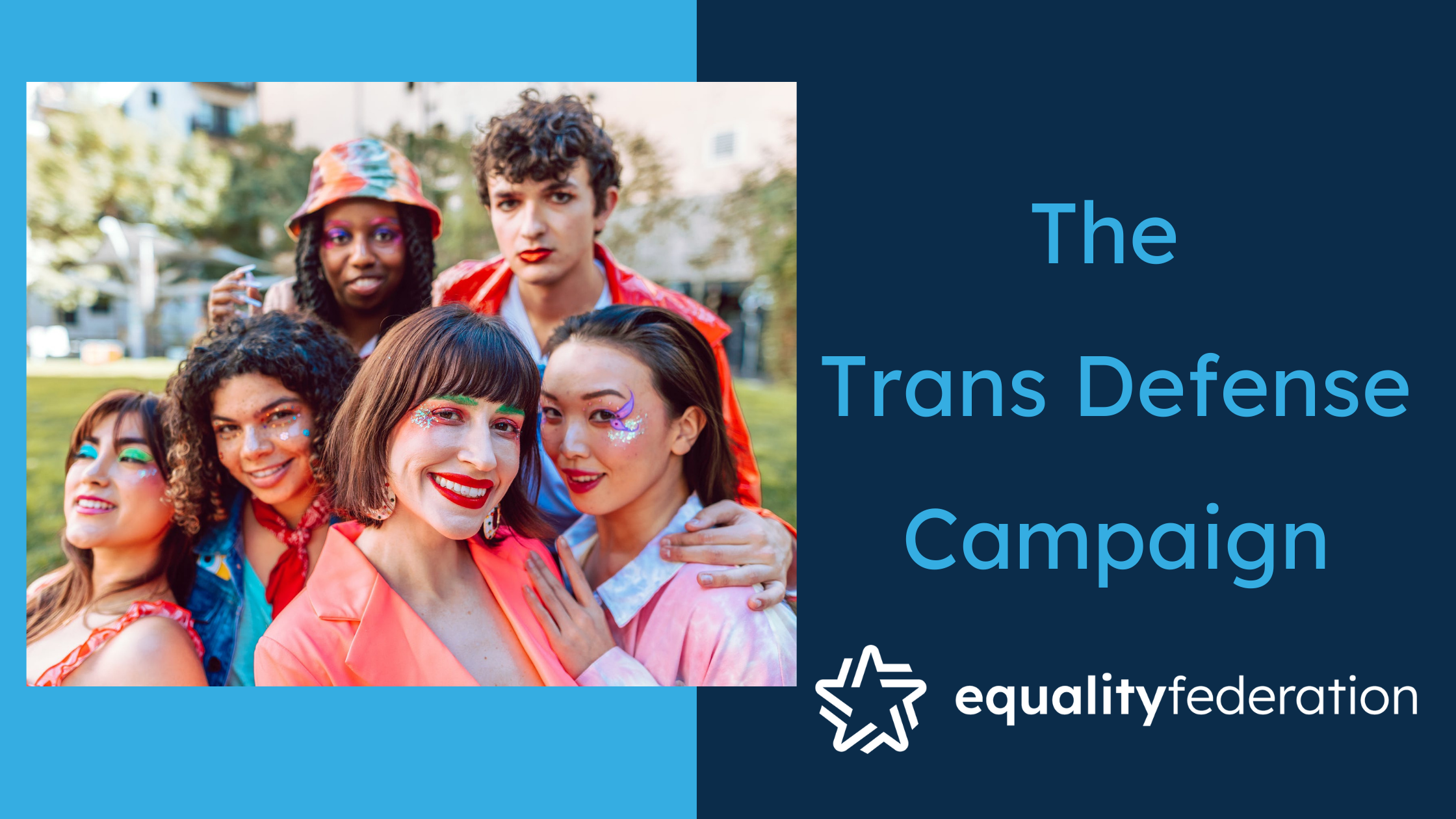 Trans people belong. In schools, in public spaces, everywhere. However, this legislative session, transgender people have faced countless attacks on their rights.

In 2022, state legislatures introduced 91 anti-trans bills (& counting) - from athlete bans to bathroom bills, from “Don’t Say Gay or Trans” school bills to medical care bans. These bills predominantly target trans youth and are rooted in disinformation and discrimination. The impact of these bills and the dehumanizing discourse advanced in legislative hearings, and the media is devastating for transgender people, their families, and our community.

In response to the ongoing attacks on the transgender community, Equality Federation is launching a $1M campaign that will demonstrate the unified power of the state-based movement to defeat anti-trans bills and win public support for transgender people. We’re officially making it known that anti-transgender legislation has no place in our efforts for equality.

Equality Federation is mounting a strategic, learning-centered, and relentless effort to combat anti-transgender state-level legislation. In so doing, we will also work to expand the leadership of transgender people in those campaign efforts. We will coordinate the development and deployment of resources to state organizations to engage in public education and advocacy about trans young people.

This coordinated deployment will include:

The Trans Defense Campaign will shift the narrative about trans young people and strengthen movement infrastructure for years to come.

Join the movement today to stand with transgender people and help advance equality in all the places we call home.