The Stories of LGBTQ Rural America... 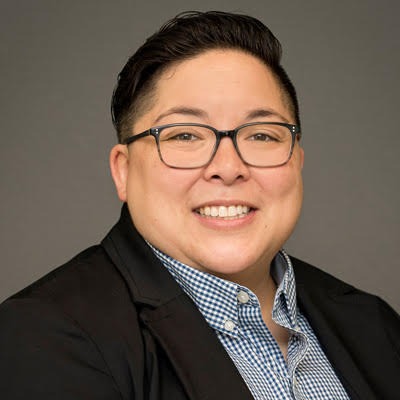 Growing up in Alabama, I loved visiting the farm where my dad was raised. We’d ride four wheelers, hunt, fish, and all pitch in during hay season. Well, mostly my cousins and I got in the way.

In some ways, I felt at home in the country, as my family called it. There I could be a tomboy, let the red dirt stain the bottoms of my bare feet, run around without a shirt, swim in the creek. But in other ways I was unable to imagine making a life there after I came out and was met with rejection at church, in my family, and in my community.

So as I got older, I made the choice to live in cities and states where I felt more comfortable living as my authentic self.

Not everyone can leave or wants to leave, and the reality is that it’s not always easy. Discrimination still exists.

Last month, Skyler Jordan was told by her manager at a restaurant in Butte, Montana, that she needed to remove her makeup. She did. After her shift, she was fired because she is transgender.

Every day, discrimination at work, when seeking housing, in schools, and when patronizing a business threatens not only LGBTQ people’s livelihoods, like Skyler’s, but it also calls into question their dignity. And while Congress is considering whether to update our nation’s civil rights laws to prohibit discrimination based on sexual orientation and gender identity and to modernize the laws to better protect people of color and women, it is still the case that more than half of American states lack nondiscrimination laws that explicitly include sexual orientation or gender identity.  For LGBTQ people living in small towns and rural communities, the lack of federal, state, and even local protections has a profound impact on their day-to-day lives.

As a national organization devoted to supporting and coordinating organizations working toward LGBTQ equality at the state and local level, we at Equality Federation work to ensure that LGBTQ people have a fair and equal opportunity to thrive and provide for themselves and their families in every community: red state or blue state, big city or small town, Rust Belt or Bible Belt. That’s why we are proud to partner with the Movement Advancement Project, the National Black Justice Coalition, and the National Center for Lesbian Rights on a new and groundbreaking report, released this week, entitled Where We Call Home: LGBTQ People in Rural America.

This new report examines the unique challenges and experiences of LGBTQ people living in rural areas and shows that LGBTQ people in rural communities are disproportionately impacted by the failure of state legislatures to protect their LGBTQ constituents, despite majority support by the public, including in rural communities, for nondiscrimination protections. Rural states are far less likely to have LGBTQ-inclusive nondiscrimination laws in employment, housing, public accommodations and more.

Rural states are also more likely to have harmful and discriminatory laws, including HIV criminalization and dangerous religious exemption laws. As a result, LGBTQ people in rural areas are more vulnerable to discrimination and less able to access the resources and recourse to respond.

However, in many states where state legislatures have failed to adopt LGBTQ-inclusive nondiscrimination protections, towns and municipalities have taken it upon themselves to update their local laws to include their LGBTQ friends, family, and neighbors in existing protections. In states without statewide protections, these local efforts have meant protections for a good portion of the state’s population. For example, local LGBTQ-inclusive protections cover 60% of Florida’s population – thanks to the hard work of leaders like our member organization Equality Florida.

Across all states without statewide protections, local ordinances protect an average of 17% of a state’s population. However, rural states lag behind urban states, protecting, on average, less than half as many residents (14% vs. 32%) through local ordinances. The South- where the Federation is working hard to build local power with our member organizations like Georgia Equality – has both the highest concentration of the LGBTQ population and the Black population of the entire United States and also protects the fewest residents: no Southern state has statewide nondiscrimination protections that include LGBTQ people, and on average Southern states protect only 11% of their residents through local ordinances.

Yet, there is good news in towns across the country. Nearly every state without statewide protections has at least one local municipality that has passed an ordinance providing protections to LGBTQ people. Thurmond, West Virginia, for example, is the smallest town in the country with an LGBTQ-inclusive nondiscrimination ordinance.

Thurmond’s population—of five people—unanimously voted in 2015 to prohibit discrimination in employment, housing, and public accommodations on the bases of both sexual orientation and gender identity.

We know, as a federation committed to advancing equality wherever LGBTQ people call home, that change is possible. Our member organizations from Equality Ohio to Equality New Mexico are leading the charge. When LGBTQ people share their stories with their neighbors, when policymakers see LGBTQ people as business owners, farmers, teachers, and ministers who are integral members of what makes rural communities so special, increased understanding thrives and equality grows.

LGBTQ people shouldn’t have to choose between basic protections and the communities they call home.