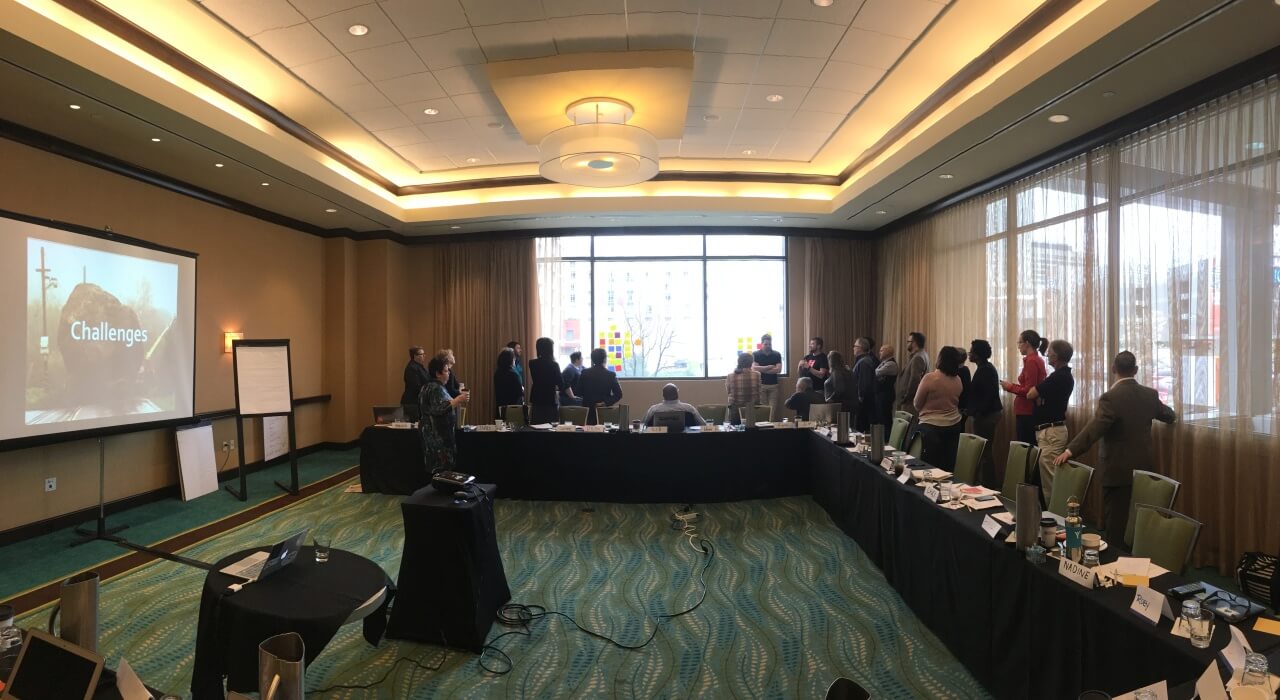 The cornerstone of our Southern Leaders program is our Southern Leadership Summit, an annual gathering that brings together advocates from the region for two days of intensive workshops and discussion. Challenging legislative sessions in all the Southern states gave us a lot to talk about, and leaders shared what they’d learned so far, with many fights still going on. Atlanta was the perfect location for our gathering because we got to celebrate with our host Georgia Equality—everyone was elated that their governor, Nathan Deal, had vetoed a harmful anti-LGBTQ bill just days before the summit began.

Our excitement was kept in check by the current situation in many of the states surrounding Georgia. From North Carolina’s SB 2 to Mississippi’s HB 1523, there was plenty of troubling new legislation to discuss. This year, over 200 anti-LGBTQ bills have been introduced, mostly in the South.

The results have been mixed, with some thrilling wins, devastating losses, and some battles still ongoing. States like Oklahoma held their ground by defeating nearly 30 pieces of legislation. Additionally, the Fairness Campaign in Kentucky derailed a misguided attempt (HB258) to have separate marriage licenses — one for straight couples that would’ve read “bride and groom” and another for same sex couples that would’ve read “first and second parties.”

While state-level advocacy under the dome is a top priority of state leaders, there is additional important work being done. From racial justice to ending youth incarceration to strategic thinking as a region, this weekend offered a key opportunity to talk about broader movement priorities.

Leveraging the Federation’s continuing work with Race Forward, leaders learned about how to incorporate a racial justice framework into their organizations and work through leveraging “choice points.” Sheila Bedi from Youth First gave a moving presentation about the serious issues surrounding youth incarceration and how Federation members can join efforts to change the shocking conditions that face young people in the system, a disproportionate number of whom are LGBTQ.

Federation staff also led discussions and presentations on LGBT movement strategy, nondiscrimination research, new tools available to our members, and more. The Summit offered plenty of opportunities for state leaders to tell stories from their own legislative battles, which can both inform the work of other states and foster a sense of interstate comradery.

As an example of strategy-sharing, we heard from Andrew Schneider, Executive Director of Fairness West Virginia. He detailed how they defeated his state’s so-called “Religious Freedom Protection Act” (HB 4012). This resounding victory was made possible through an innovative video campaign and a cunning political maneuver in which they got the Senate to amend the bill to include nondiscrimination protections. It was changed to specifically state that people could not use their religious beliefs to violate local nondiscrimination ordinances. In light of this amendment, even the bill’s own sponsors voted to defeat it.

Fairness West Virginia has worked tirelessly to pass ordinances across the state in cities as large as Charleston (pop. 51,371) and as small as Thurmond (pop. 5). The story of how they simultaneously defeated a bad bill and reaffirmed local protections through a single amendment demonstrates that despite hostile legislatures and a lack of resources across the region, Federation members are resourceful, strategic and determined.

Grit and grits–that’s how we win equality in the Southern communities we call home!