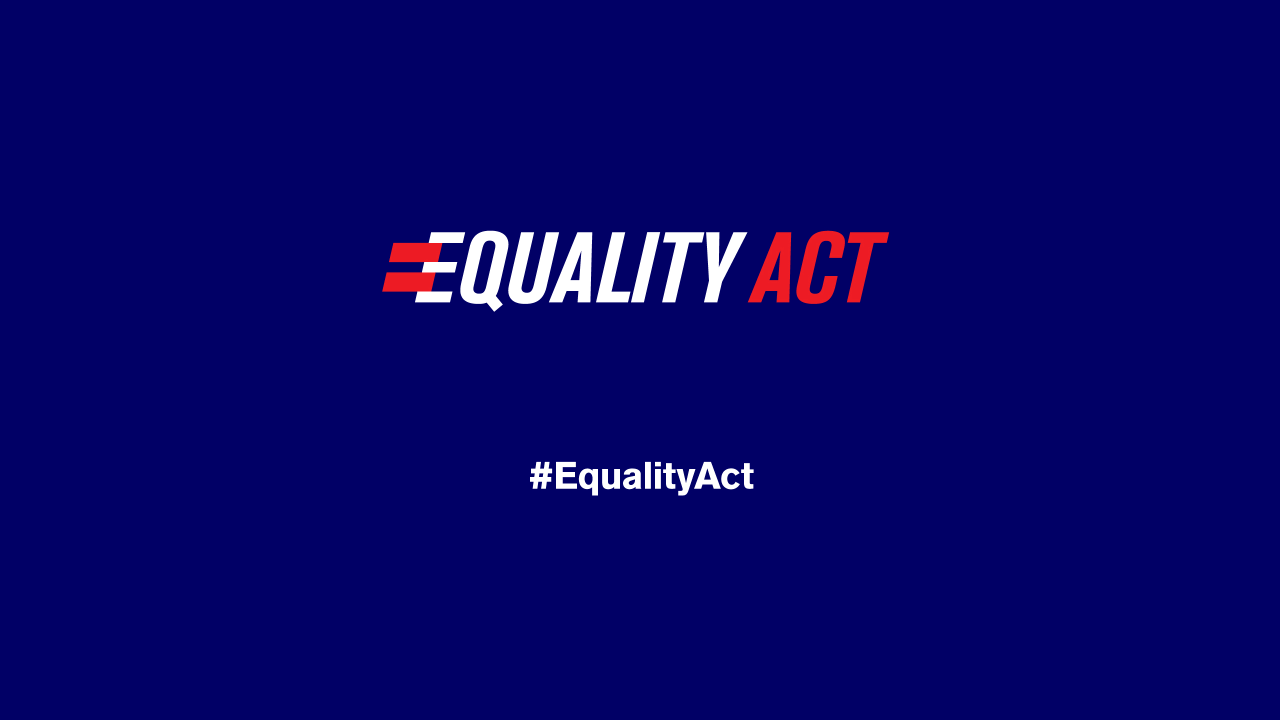 We, the undersigned, a coalition of lesbian, gay, bisexual, transgender, and queer (LGBTQ) state and local organizations, make the following statement in response to the introduction of the Equality Act in the U.S. House of Representatives.

The Equality Act is a significant step forward for the LGBTQ community, and we are committed to mobilizing our communities to urge Congress to swiftly pass this important bill. We’ll be working in these lawmakers’ backyards to make sure they know this is about people, not politics.

The Equality Act, a landmark LGBTQ nondiscrimination and civil rights bill, would update existing federal laws to protect people from discrimination based on their sexual orientation and gender identity. Like all people, LGBTQ Americans need to access legal services and go to the store, bank, hospital, and other public places. The Equality Act would strengthen existing protections for everyone, including women and people of color, by updating the public spaces and services covered in current law. It would also codify the recent Supreme Court decision in Bostock by explicitly stating that existing federal civil rights laws that prohibit sex discrimination also protect LGBTQ people. The Equality Act is a vital next step in ensuring the promise of equal opportunity and freedom is provided to all of us, regardless of what state, city, or town we call home.

Although 21 states and more than 330 cities have passed LGBTQ nondiscrimination protections, half of LGBTQ people live in the 29 states that still lack express, comprehensive statewide laws. As organizations working in the states and cities that LGBTQ people call home, we know this patchwork of protections is unsustainable and leaves too many people behind.

This isn’t just about federal politics—it’s about people, including our friends, neighbors, coworkers, and fellow worshippers in cities and states outside of Washington, D.C. We are hearing from Americans in communities across the country, and they are demanding their leaders prioritize passing the Equality Act. America is ready. From California to New York to Alaska to Florida, we, the organizations working directly with the people of this country, remain united in our efforts to finish the job. We compel Congress to act now to protect the people who elected them.

The need for comprehensive protections for the LGBTQ community is clear. Including LGBTQ Americans in civil rights protections would mark the most sweeping legislative victory for LGBTQ people in American history. The Equality Act will immeasurably improve the day-to-day lives of LGBTQ community members in every zip code and bring the nation closer to its promise of liberty and justice for all. As state and local organizations, we commit to doing our part to ensure the public’s demand for passage of the Equality Act is heard all across the country.

A future is in sight where no American in any part of the country is left vulnerable to discrimination because of who they are or who they love. We stand united to make it so.