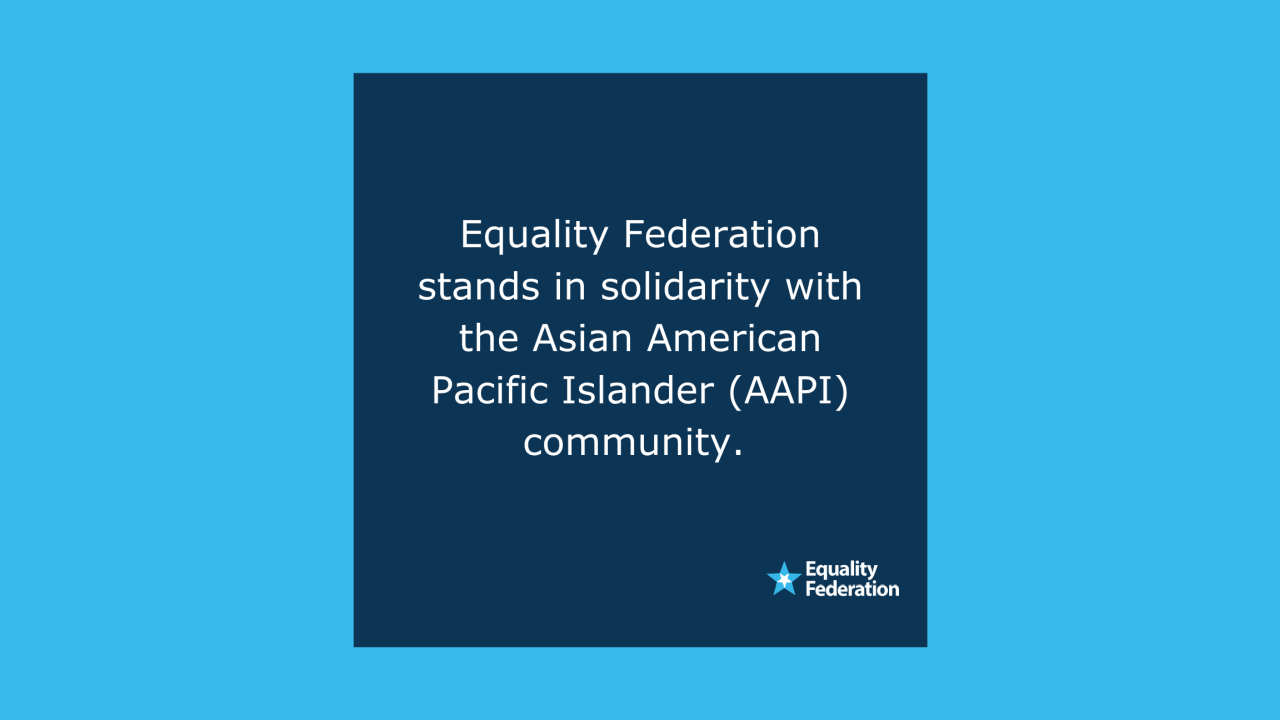 Equality Federation stands in solidarity with the Asian American and Pacific Islander (AAPI) community in condemning the senseless murder of eight people, including six Asian women, in Atlanta on Tuesday, March 16. We are horrified and heartbroken by the loss of life in Atlanta at the hands of misogyny and white supremacy.

While the details of the shootings are still emerging, the broader context cannot be ignored. Anti-Asian violence has been building for the past year due in part to the hateful, dangerous rhetoric coming from the previous federal administration. This violence disproportionately impacts women, as recent data shows that more than 68 percent of reported incidents of anti-Asian harassment and violence have been from women.

The women who the mass murderer targeted were working low-wage, vulnerable jobs during a pandemic where they have consistently been the target of hateful rhetoric and violence nationwide. Our thoughts are with the victims, their families, and the entire AAPI and Atlanta community. The LGBTQ community must stand together, speak out, and support, starting with contributing to Georgia’s Asian American communities. These injustices are unacceptable, and we demand that those in power do better.

“As a queer AAPI person, I want to acknowledge that this has been a particularly difficult week for those of us who hold these identities. For those members of the community that are suffering this week, I see you, and I stand with you,” said Fran Hutchins, Executive Director of Equality Federation. “On Wednesday morning as I mourned the death of these women, I also watched a hearing in the Senate on the Equality Act, in which lawmakers opposing this landmark civil rights legislation made false and harmful claims about transgender people in the name of their so-called priority of protecting women and girls. And yet, it struck me particularly hard on that day that when it comes to protecting Asian American, transgender, Black, immigrant, and poor women and girls, these very same lawmakers are nowhere to be found. They oppose the Violence Against Women Act, increasing the minimum wage, the American Rescue plan, and other policies that act help all of us.”