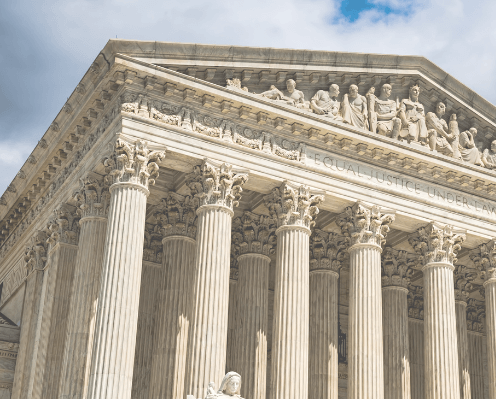 Today, Equality Federation responded to the Supreme Court’s decision in Fulton v. City of Philadelphia, a case involving a religiously affiliated and taxpayer-funded foster care agency that refused to certify same-sex couples as foster parents in violation of Philadelphia’s nondiscrimination protections. In a 9-0 decision, the Court ruled that Philadelphia’s treatment of Catholic Social Services (CSS) violated the agency’s constitutional rights. However, the Court did not recognize a general constitutional right to discriminate based on religious beliefs and, therefore, governments may continue to enforce nondiscrimination requirements so long as they do so consistently and uniformly.

“Today’s decision by the Supreme Court has made one thing clear: no one should be turned away from a taxpayer-funded program because of who they are,” said Fran Hutchins, Equality Federation Executive Director. “While the Court ruled in favor of Catholic Social Services, they did so on the narrowest possible ground. Governments are still able to prohibit discrimination against LGBTQ foster and adoptive parents and must continue to do so for the over 400,000 children currently in foster care.”

“Nothing in today’s decision changes the fact that the majority of LGBTQ people still lack comprehensive nondiscrimination protections across the country. Equality Federation urges Congress to listen to the bipartisan majority of voters and pass the Equality Act to update our nation’s civil rights laws to ensure explicit protections from discrimination based on sexual orientation and gender identity.”

“Our community should not have to rely on the Supreme Court to affirm our dignity. We won’t stop fighting until all LGBTQ people can live their lives free from discrimination no matter what community they call home.”