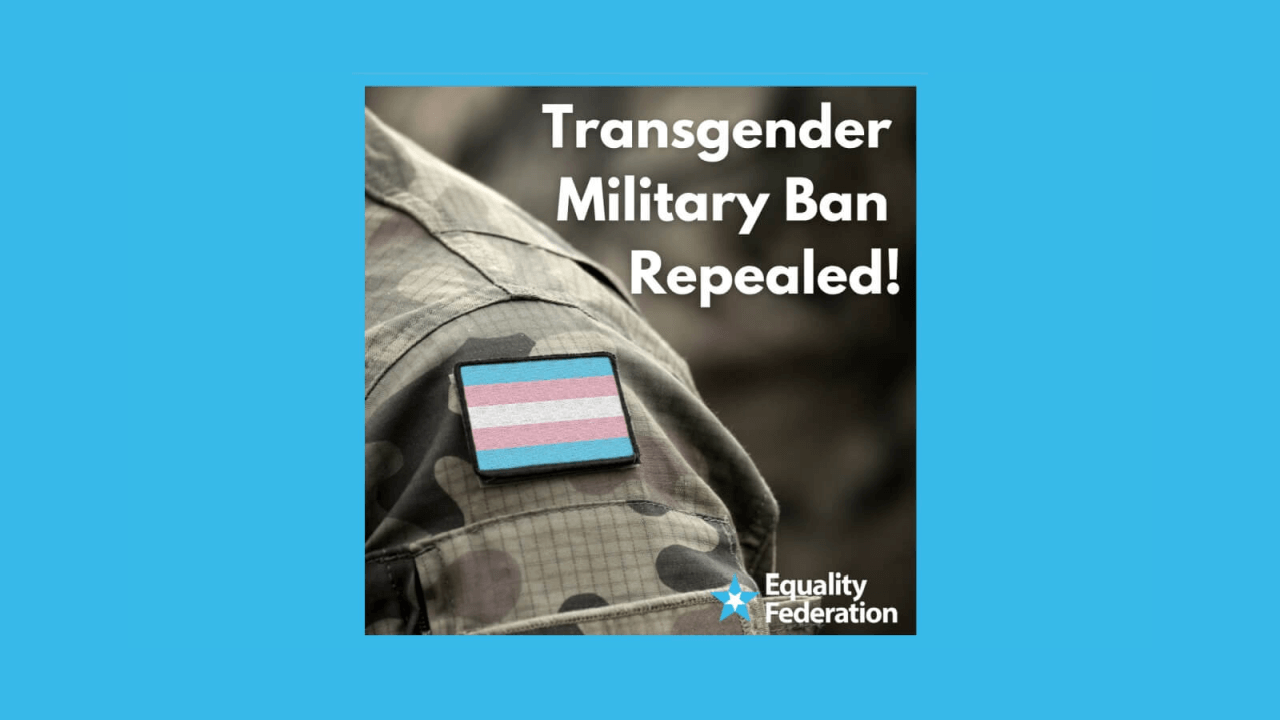 The following statement can be attributed to Fran Hutchins, Executive Director of Equality Federation:

“Today is a new day for transgender service members. We applaud President Biden for his action this morning to reverse the discriminatory transgender military ban.”

“We are delighted that within a week of him taking office, President Biden has acted on his commitment to repeal the discriminatory ban. Thousands of transgender Americans already serve in our military and are putting their lives on the line. This executive order will allow them to once again serve openly and with honor and integrity.”

“The more than 15,000 transgender Americans who serve our country today deserve nothing but respect from their commander-in-chief. They were denied this respect when a ban was carelessly and harmfully placed on them by the previous administration.”

“Today’s action demonstrates that transgender people – like all Americans – should be judged for their qualifications, nothing more, nothing less. As we celebrate today, we know the work continues to ensure all transgender people are treated fairly in the communities they call home, especially in the states where legislatures are attacking transgender youth right now.”