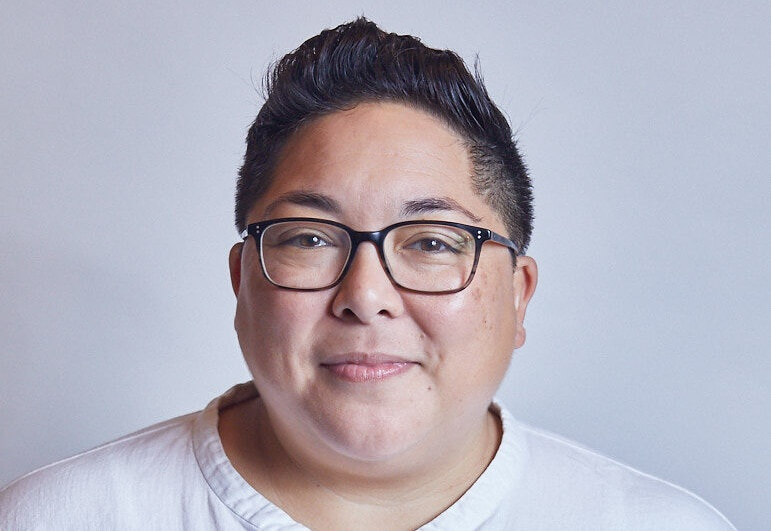 Hutchins joined Equality Federation’s team in 2012 as the Director of Member and State Services and quickly became the Director of Organizational Development & Training, where she worked with state-level LGBTQ advocacy organizations to create, implement, and evaluate strategic frameworks and plans. She was promoted to Deputy Director in 2016 and has been instrumental in the expansion of the organization’s staff, budget, and programmatic work, particularly the civic engagement program.

Before joining Equality Federation, Hutchins played an integral role in securing marriage for same-sex couples in Maine as the Regional Field Director for Mainers United for Marriage. With a background in business administration and policy, she has focused her career on building a strong progressive movement that changes the way we approach some of our most pressing social problems: poverty, homelessness, education, economic inequality, and discrimination. Before her work for LGBTQ equality, Hutchins served in policy, development, and communications roles for housing and immigration groups in Los Angeles.

“I am honored to serve as the next executive director of Equality Federation because I share the organization’s goal to build a strong movement that impacts the lives of LGBTQ people no matter where they call home,” said incoming Executive Director Fran Hutchins.

“Our work is about advocating for good policy and building strong leaders and movement organizations, but it is also about creating a sense of connection and belonging for advocates across the country. I began my career fighting for social justice as a young, queer, person of color in Alabama in the 1990s, so I know what it’s like to feel alone and powerless in the face of injustice. But I also learned through community organizing what we can accomplish when we band together and harness the power of our people. That’s what excites me about the work of Equality Federation and that’s why I’m eager to lead our work to build momentum for full lived equality across the country.”

Equality Federation Board Chair Monica Meyer celebrates the tenure of current Executive Director Rebecca Isaacs and Hutchins’ incoming leadership by saying, “Over the last decade, Rebecca has directed the organization through a period of strategic growth to meet the needs of the state-based movement for LGBTQ equality. She is responsible for tripling the size of the staff, doubling the budget, and creating new programs that have increased LGBTQ civic participation, created coalitions to end the HIV epidemic, and built the leaders and the organizations working on the ground to win equality. She has moved the organization through a strategic planning process with racial justice as a key pillar of our work. Her leadership has been essential to the success of the Federation, and her legacy will live on as Fran builds upon these incredible achievements.”

“At a time when LGBTQ people are facing daily attacks on our most basic rights while also suffering disproportionately from the triple pandemics of coronavirus, police brutality, and racism, Fran’s dedicated leadership, innovative vision, and intersectional approach to achieving Equality Federation’s mission will build upon the remarkable legacy Rebecca has created,” said Equality Federation Institute Board Chair Kellan Baker. “The Board is certain Fran’s background and experience working with the state-based movement as well as on allied progressive issues will enhance and grow the organization as it seizes new opportunities and tackles emergent challenges in the years ahead.”

“It has been a great honor to serve in this position for a decade, and I am leaving with overwhelming pride in what we have built together, confidence in the future of Equality Federation, and gratitude for everyone who has been a part of this journey,” said outgoing Executive Director Rebecca Isaacs.

“I am thrilled to leave the Federation in a sustainable place and excited for the LGBTQ state-based movement to benefit from Fran’s leadership, policy expertise, and grassroots campaign experience. Her commitment to racial justice, dignity, and equality for all prove that there could not be a better person to be the next leader of Equality Federation and the movement at this moment.”

With more than 40 members, Equality Federation is the movement builder and strategic partner to state-based organizations advocating for LGBTQ people. Together with our partners, we work on cross-cutting issues impacting our community such as racial equity, reproductive justice, and immigration.