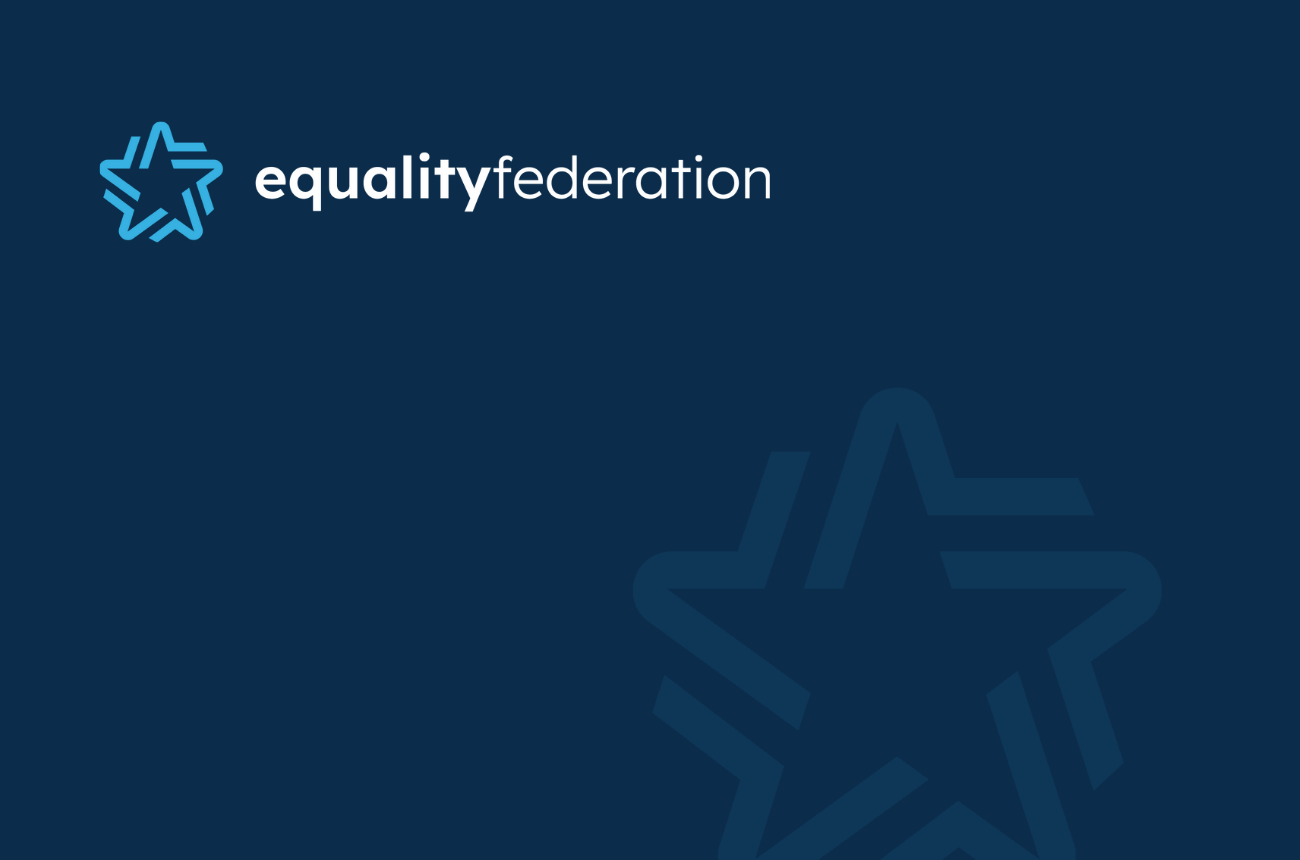 Freedom for All Americans, Equality Federation join local and state groups following decades of on-the-ground work to pass federal nondiscrimination legislation for LGBTQ people in virtually every area of life

WASHINGTON, DC – Today lawmakers in the U.S. House of Representatives introduced H.R. 5, the Equality Act, which would update federal civil rights law to ensure explicit and comprehensive protections for LGBTQ people from discrimination in virtually every area of life.

Immediately following the introduction, 158 state and local organizations in all 50 states, D.C., and Puerto Rico announced their support and highlighted the urgent need for the legislation. The letter reads in part: “The Equality Act is a significant step forward for the LGBTQ community, and we are committed to mobilizing our communities to urge Congress to swiftly pass this important bill. We’ll be working in these lawmakers’ backyards to make sure they know this is about people, not politics.”

The full joint letter can be found here: https://eqfed.org/EqualityActIntro

“Since the first federal nondiscrimination measure was introduced in Congress in 1974, LGBTQ advocates have sought to ensure freedom and fairness under the law. From Alaska to Florida to Maine to Texas, LGBTQ people and allies in all the communities Americans call home have for decades bravely told their stories, taken a stance against discrimination, and grown understanding about who LGBTQ people are. Their local organizing has demonstrated that these protections are about real people – our friends, family members and neighbors; and will be critical to ensuring that Congress finally acts to make LGBTQ nationwide protections, in the form of the Equality Act, the law of the land.”

The Equality Act would update federal civil rights laws to ensure explicit and comprehensive protections for LGBTQ people from discrimination, including in housing, employment, federally-funded programs and services, and public places such as restaurants, stores, hospitals, and more. A majority of states currently lack these protections, leaving more than 50% of the country’s LGBTQ population –  millions of Americans – vulnerable to discrimination.

“No one should be denied basic protections from discrimination simply based on what state or zip code they call home,” said Fran Hutchins, executive director of the Equality Federation, the movement builder and strategic partner to state-based organizations advocating for LGBTQ people. “For decades, LGBTQ visionaries in all 50 states have built a movement to advance policy priorities that allow their community to be treated with basic dignity and respect. The Equality Act is much-needed legislation that will ensure a more just and equal America for all of us, and there is a groundswell of people in state and local communities calling on lawmakers to pass it as soon as possible.”

The urgency and momentum for LGBTQ nondiscrimination protections over recent years is undeniable. According to a 2020 study, one in three LGBTQ Americans faced discrimination in the previous year, including three in five transgender Americans.

State groups and local advocates have worked for decades to advance LGBTQ nondiscrimination protections. Equality Florida has advocated in support of pro-LGBTQ legislation and defeated every piece of anti-LGBTQ legislation filed in the statehouse for 16 years in a row.

For 38 years, advocates in Michigan have worked to update the state’s civil rights act to include protections for LGBTQ people from discrimination. Just last week, 37 national organizations called on Michigan lawmakers to adopt the citizens’ bill for LGBTQ equality that is being advanced by Fair and Equal Michigan to enshrine protections into state law.

Finally, in Pennsylvania, legislation protecting LGBTQ people from discrimination has been introduced since 1976. It is currently the only state in the Northeast without LGBTQ nondiscrimination protections, although dozens of municipalities have passed ordinances.

Late last year, more than 140 mayors, city councilors, and municipal leaders in all 29 states lacking comprehensive LGBTQ nondiscrimination protections delivered a letter to their members of Congress urging passage at the federal level.

Bipartisan consensus for nationwide LGBTQ nondiscrimination protections is rising quickly. Public support is at an all-time high and polls show that a growing bipartisan supermajority of Americans support protecting LGBTQ people from discrimination: in a 2020 PRRI survey, more than eight in ten Americans (83%), including majorities of Independents (85%) and Republicans (68%), expressed support for these protections.

LGBTQ people have been disproportionately impacted this past year by the coronavirus pandemic, making nondiscrimination protections even more urgent. A recent survey showed that LGBTQ Americans have been more likely to lose their jobs and face financial hardship amid the pandemic.

Brave LGBTQ people who are serving on the frontlines as medical personnel and who are putting their lives at risk to stop this pandemic could be vulnerable to discrimination off the job – such as being refused service at a business or even at the doctor’s office if they contract COVID-19. The risks are exacerbated for LGBTQ people of color.

The U.S. House passed the Equality Act in a historic bipartisan vote in 2019, but the Senate failed to advance it. President-elect Biden, House Speaker Pelosi, and Senate Majority Leader Schumer have all promised to make passage of the Equality Act a policy priority.