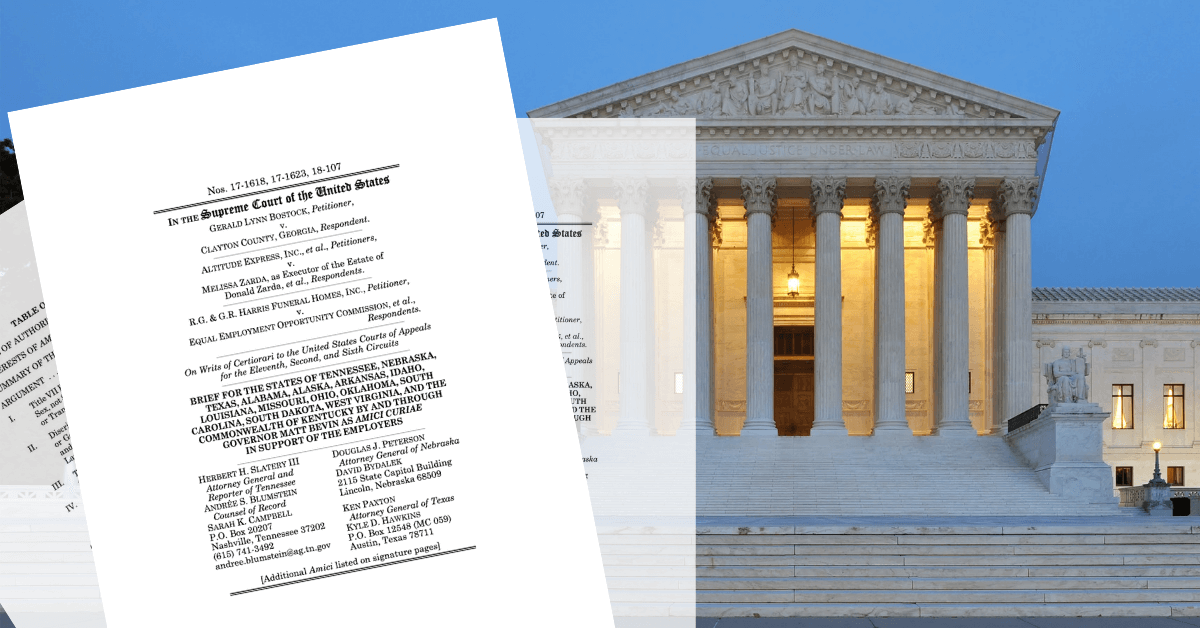 On August 23rd, 15 states filed a brief with the U.S. Supreme Court asking them to rule against three individuals who were fired for being LGBTQ. The three cases include the first transgender civil rights case to be heard by the high court on October 8th.

These officials promoting government-sanctioned discrimination have shown that they are out-of-touch with the majority of Americans who support the idea that no one should be fired because of who they are. Across lines of party, demographics, and geography, Americans broadly support nondiscrimination protections for LGBTQ people, according to a recently released poll.

A loss at the Supreme Court would be devastating because it would mean LGBT people have inferior legal protections in every area of life. A recent UCLA poll found that LGBT people reported much higher rates of being bullied, fired, or denied a job, promotion, or lease compared with heterosexual people. In a 2015 survey of transgender Americans, 30 percent of respondents with jobs reported experiencing workplace discrimination of some kind within the prior year. And 25% of respondents said they encountered some form of housing discrimination.

The court will hear arguments on the 8th of October. Win, lose, or draw the next steps are clear: We need comprehensive nondiscrimination protections for LGBTQ Americans nationwide. With relentless attacks coming from the Trump administration and some state leaders, the only way to guarantee protections across the country is to pass the Equality Act. No matter what the court says, our elected policymakers have a responsibility to bring the Equality Act to a vote and pass it in order to uphold the American values of fairness and equality.