Blog
>
Ways to Support Your LGBTQ Friends and Family

Ways to Support Your LGBTQ Friends and Family 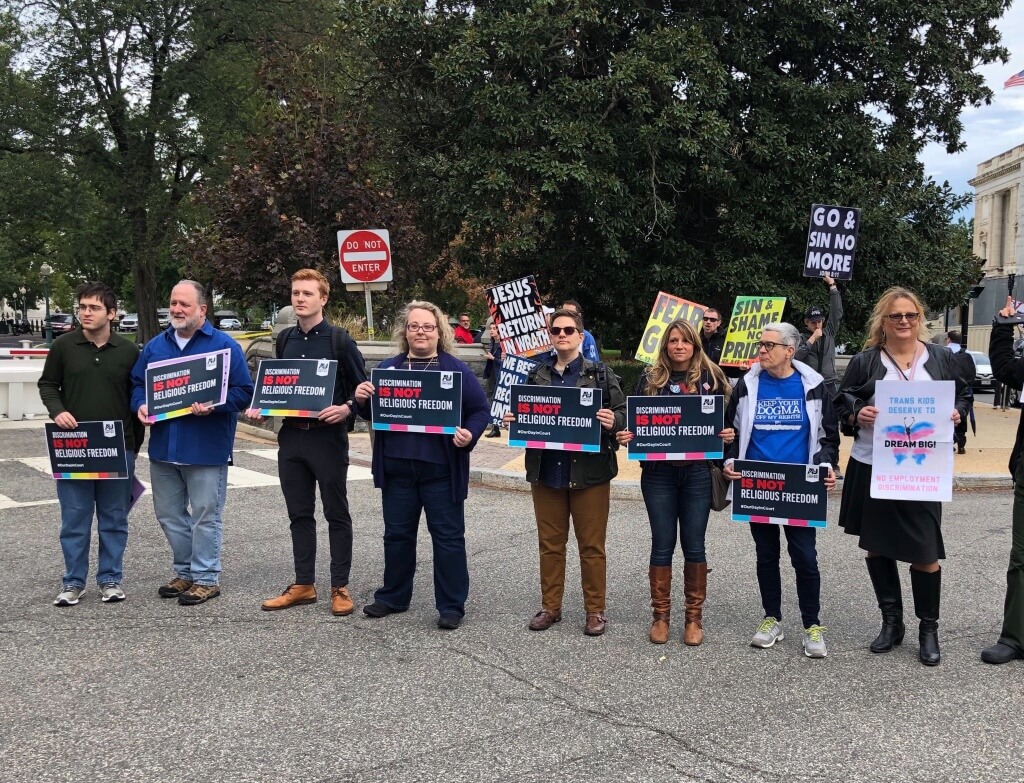 Can you imagine someone you care about being fired because their boss didn’t like something about them? No performance issues, no late starts, no complaints about them — the reason they’re without a job is that the boss doesn’t want an LGBTQ person working for them.

This isn’t a made-up scenario, it happens regularly across the country. When an LGBTQ person is unjustly fired it can be hard to prove and even with obvious proof 29 states don’t have clear protections in place to address this kind of discrimination.

A few brave souls have taken on the task of filing lawsuits to make sure discrimination against LGBTQ people at work ends.

The cases were heard by the Supreme Court on Oct. 8, but the court won’t rule until next year as early as January, or as late as June. That’s a long time to wait for clarification on whether or not LGBTQ people have the right to work. And even in the event of a total win, our federal civil rights laws have some significant gaps (i.e. in public accommodations and federally funded service providers). Federal legislation is needed to address those holes and ensure the strongest protections for as many people as possible.

For allies, family members, and friends, who want to be supportive of your LGBTQ loved ones here are a few things you can do.

Talk about the right to discriminate cases. This is a watershed moment for LGBTQ rights. By talking about the cases you’re letting the person you care about know you’re paying attention. Let them know you believe discrimination in the workplace on the basis of sexual orientation and gender identity shouldn’t be tolerated. These rights have already been affirmed often by lower courts and agencies, and the Supreme Court shouldn’t take them away.

Talk to others about workplace discrimination. It’s important for allies to do some of the work of talking to coworkers and family members about the Title VII cases. Let them know why you support protections for LGBTQ workers. No one who is well-qualified, talented, and hardworking should have to live in fear of being fired or denied a job or promotion because of who they are.

Take action to support the Equality Act. Millions of LGBTQ Americans across the country are vulnerable to discrimination every day because of a lack of express and enduring protections at the federal level. The current patchwork of protections across the country is unfair and unworkable. Congress can finish the job and make sure all Americans should be able to live, work, and access basic services free from discrimination and harassment, no matter who they are, who they love, or which state they call home. Tell your Senators to vote YES on the Equality Act to ensure LGBTQ people are explicitly covered by all civil rights laws.

Stay informed and get involved. You can stay on top of national LGBTQ news and ways to make a difference by signing up for Equality Federation emails. Find your state organization and sign up for their emails for local updates too.

Shop at businesses that support equality. Over 5,000 businesses big and small have pledged to maintain a welcoming and safe environment for people—including employees, visitors, customers, vendors, and clients—regardless of race, ethnicity, national origin, sex, sexual orientation, gender identity and expression, immigration status, religion or disability. Look for the “Open to All” sign in store windows and the “Open to All” business attribute on Yelp. You can find a list of businesses that pledged to support equality here.