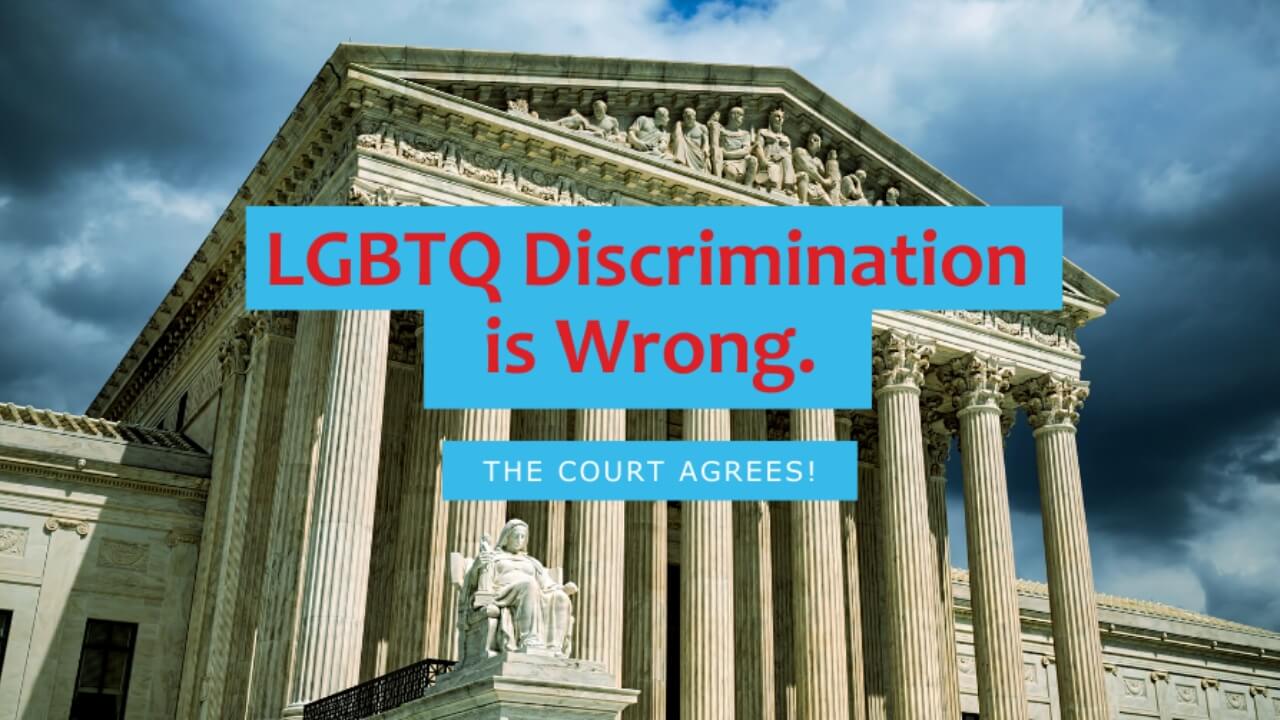 Today in a historic 6-3 decision, the U.S. Supreme Court affirmed that employers can’t unfairly fire or otherwise discriminate against LGBTQ people in the workplace. The ruling will directly improve the lives of 11.5 million gay, lesbian, and bisexual people and 1.5 million transgender people living in the U.S.

The opinion, authored by Justice Neil Gorsuch states, “Today, we must decide whether an employer can fire someone simply for being homosexual or transgender. The answer is clear. An employer who fires an individual for being homosexual or transgender fires that person for traits or actions it would not have questioned in members of a different sex. Sex plays a necessary and undisguisable role in the decision, exactly what Title VII forbids.”

Rebecca Isaacs, Executive Director of Equality Federation released the following statement in response to the news:

“This victory is a watershed moment for LGBTQ people across America, who have been working for decades to secure basic protections from discrimination. The Court’s decision will directly impact millions of people across the country and allow them to live their lives and take care of their families with respect and dignity. In the midst of the COVID-19 health crisis and vitally important nationwide demonstrations in support of Black lives and against systemic racism, these decisions are heartening and encouraging.

“The road to this decision was paved by the work local activists have done on the ground for years to change hearts and minds about LGBTQ people.This landmark ruling is a testament to the bravery of plaintiff Aimee Stephens, who was fired by her employer for being transgender. Aimee passed away last month before being able to see that her case, along with two others, was the basis for this historic ruling.

“We have made much progress, but there are still shocking and critical gaps in our nondiscrimination laws, particularly in housing, public places, federal programs, and more. The harsh reality is: many LGBTQ people face harassment and mistreatment in their daily lives, even outside of work. And LGBTQ people of color — particularly Black transgender women—face even higher rates of discrimination and, too often, violence.

“Recent data from PRRI shows a majority of Americans across ideologies, age, and religious affiliation in all 50 states support passage of LGBTQ nondiscrimination protections to ensure all LGBTQ Americans can live with respect, dignity, and safety in all areas of life.

“Equality Federation’s member organizations are working on the ground to ensure that we follow this win at the Supreme Court with action to ensure that state legislatures enact comprehensive nondiscrimination protections in every state and Congress passes the Equality Act to protect all Americans.”