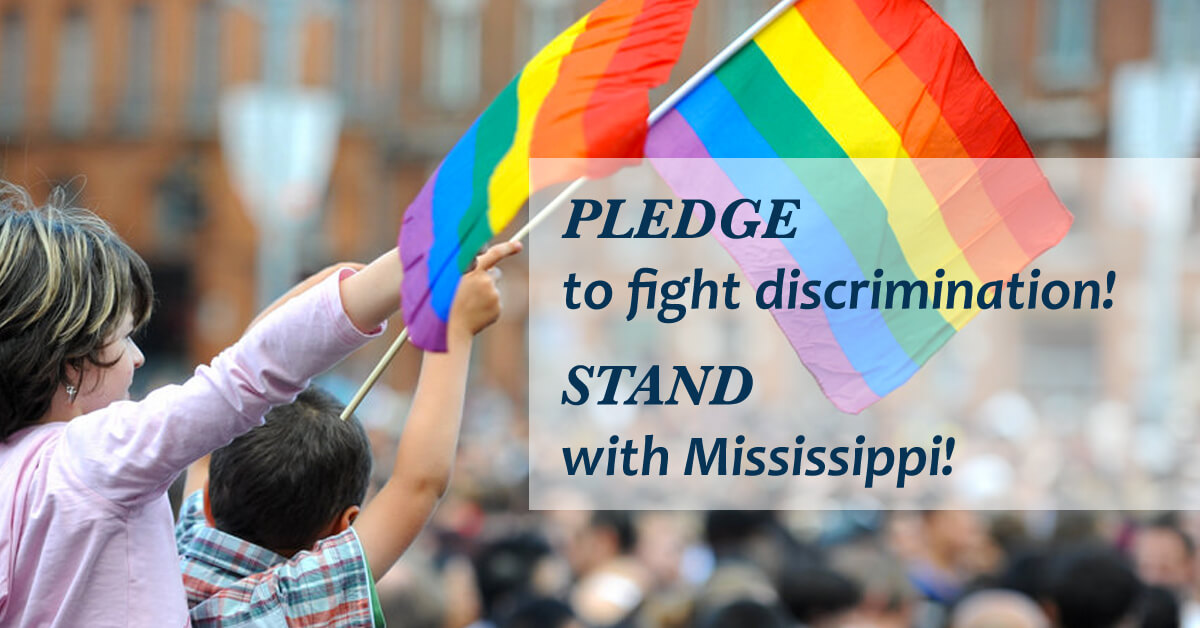 The law, which opens the door for businesses to refuse service to LGBTQ people,  is based on three discriminatory beliefs:

Lawmakers in your state and across the country are back to work, and we know that already some politicians have filed anti-LGBTQ legislation or are planning to file soon.

Click here to stand with LGBTQ people and families in Mississippi and pledge to help us stop discrimination in your state.

Fran Hutchins, Deputy Director, said, “It’s a shame the Supreme Court declined to law review challenges to this outrageous because it is the most extreme, sweeping anti-LGBTQ law in the country. LGBTQ Mississipians should be able to live and work free from harassment and discrimination so we are hopeful that when the courts do look closely at this law or similar laws they will land on the side of the constitution and the American promise of freedom and fairness for all.”

Make no mistake, Equality Federation is working hard to support our state-based leaders, from Equality Florida to Basic Rights Oregon, to fight back against every attempt to undermine equality!