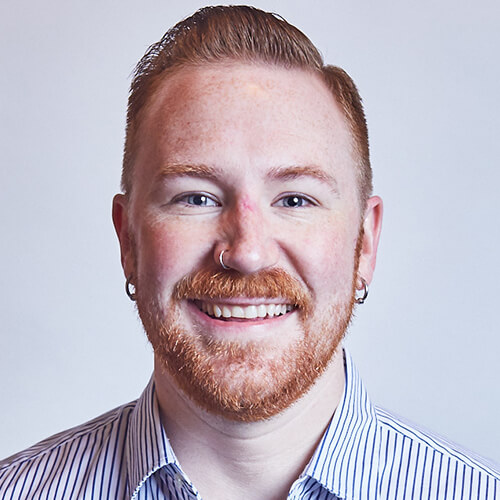 Mel King is the Director of Grants and Administration at Equality Federation. In this role, Mel is responsible for the organization’s grants portfolio and supports the fundraising capacity of staff at member organizations. He supports our distributed team by driving internal operations and staffing the board of directors.

Mel studied gender, queer theory, and grassroots organizing at NYU and received his MFA in Creative Writing from Rutgers University-Newark. Mel is a New Yorker who grew up in Albany. He lives in Brooklyn with his wife, Audrie, and their Boston Terrier, Luna.