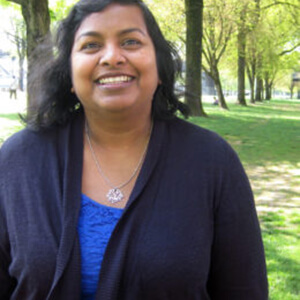 Nancy Haque (she/her) is the Executive Director of Basic Rights Oregon. A long-time organizer and activist in social justice movements, Nancy first came to Basic Rights Oregon as a volunteer in 2007. A few years later, she joined the Board of Directors and then transitioned to a staff role in 2015, as Co-Executive Director. Under her leadership, Basic Rights Oregon expanded its racial justice work as a founding member of the executive team of One Oregon, an immigrant, refugee and Muslim justice coalition. Basic Rights Oregon also deepened its commitment to transgender justice by launching Catalyst, a leadership development cohort for transgender and gender non-conforming Oregonians. Prior to joining the staff of BRO, Nancy spent seven years as the Building Political Power Director at Western States Center, where she led a voter organizing training and empowerment project and managed leadership development programs. Nancy spent eight years working on economic justice issues, with Jobs with Justice and the National AFL-CIO. The daughter of immigrant parents from Bangladesh, Nancy is the first member of her family born in the United States. She studied Political Economy and Social Change at The Evergreen State College and has a master’s degree from the Center for Public Policy at the University of Massachusetts Amherst. She lives in Southeast Portland with her young son and is an aspirational baker and crafter.