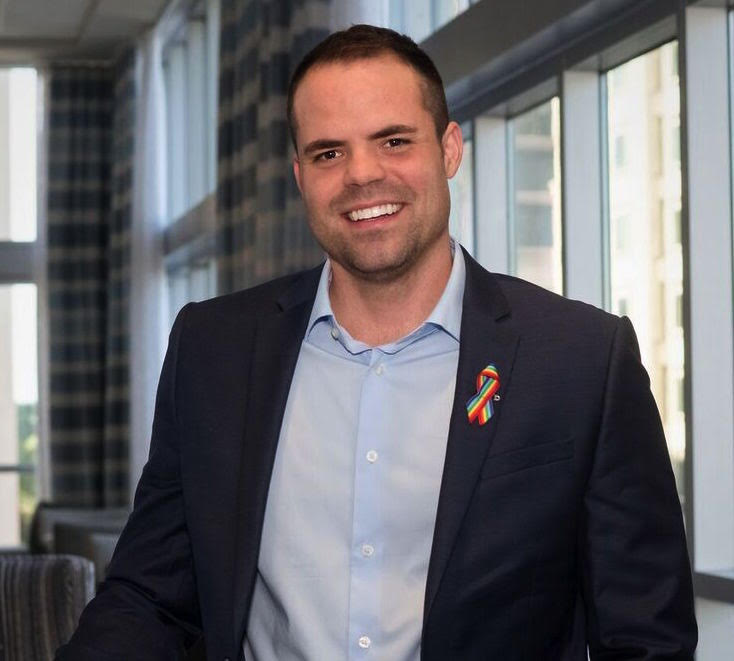 Joe began his career in progressive politics as an activist at the University of Central Florida in Orlando. Since then he has led ballot measure campaigns to preserve LGBTQ protections, won local policy campaigns protecting millions of Floridians from discrimination, and held senior roles in the fight to win marriage equality in FL. In 2012, Joe was elected to the Florida House of Representatives becoming the first LGBTQ state lawmaker in Florida to take the oath of office.

Following his tenure in the Florida House, Saunders joined the staff of the Human Rights Campaign, the country’s largest LGBTQ advocacy organization. In this role he managed legislative and election programs in fourteen states, holding leadership positions in civil rights campaigns across the Southern U.S. In 2016, Joe served on the leadership team for the Turn Out North Carolina coalition, the successful effort in North Carolina to defeat anti-LGBTQ incumbent Gov. Pat McCrory - a champion of the notoriously anti-LGBTQ HB 2. In 2017, Joe worked across the pond as the Director of GOTV Programs for U.K. Parliament candidate Simon Hughes - a former United Kingdom Minister of Justice and openly LGBT candidate.

A nationally recognized progressive leader and strategist, in 2016 Joe was honored by Out Magazine as part of the “Out 100” for his work to organize the political and community response to the tragedy at Pulse Nightclub. In 2022 he was awarded the prestigious "Community Spirit Award" from Adweek Magazine for curating innovative social media campaigns in response to Florida's infamous "Don't Say Gay" legislation.

Joe lives in Miami Beach with his partner Edisson.